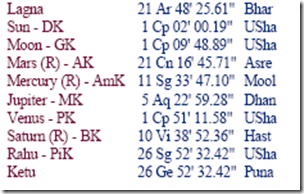 e eclipse point is at first degree of Capricorn. The horoscope at the time of sun-moon conjunction in New Delhi is  shown in the table. The  independence chart of India shown in the next figure. This is the Vedic Horoscope of Indian independence at Delhi on midnight Aug14th-Aug. 15th 1947.

Note the eclipse point falls within two degrees in opposition to the moon in in cancer in independence chart. The solar eclipse time lagna is in twelfth from national chart ascendant. Venus, the ascendant lord of Indian chart is in conjunction with eclipse point. This is very significant and forecasts significant hurdles for the political leaders in managing the country. Ninth position of the eclipse point suggests important changes in the national religious/communal relations. Third house lord moon involvement suggests significant changes in relationship with neighbors.

Some of these will be explored in our future blogs in greater details.. 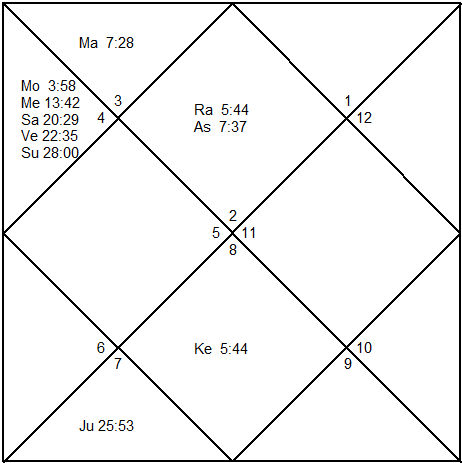