Co-anchors Keith Olbermann and Chris Matthews have been delegated as commentators in future political night converage, MSNBC confirms. David Gregory will anchor the channel for the remaining coverage of the 2008 Presidential election. Olbermann and Matthews have been in constant dispute throughout the coverage, and the coverage in MSNBC became more opinionated in favor of the Democrats throughout the summer. MSNBC, trying to become less controversial, has decided in favor of David Gregory as anchor for future Presidential and Vice-Presidential debates and for election night. 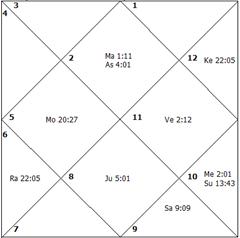 Keith Olbermann was born on January 27, 1959 in New York City. The birth time is unknown, so 12:00 PM will be used. He has been the rising star at MSNBC over the past few years coming from a sports broadcasting background at ESPN. We can analyze the horoscope astrologically above.